We caught up with some of our electric bike customers over the past year to ask how they're getting on and what they think of their bikes. The only complaints among them were that people hadn't found the time to take the bikes out more often. Here's ten electric bike reviews by ten electric bike owners.

"I'm a newcomer to electric cycling after many years (>50) as a touring cyclist. I got the Kalkhoff Integrale i10, which is a chunky looking beast but it handles beautifully, feeling very responsive and manoeuvrable. It's quiet, too.

On a litte 10-mile trip to from Glasgow to Mugdock I had a chance to find out the answer to my one big question: How would it manage on hills? There's one quite steep bit, about half a mile long, on Mugdock Road, above Tannoch Loch. I put the Kalkhoff in the next to highest power setting and... Sailed right up!  The whole round trip of 20 miles used 17% of the battery charge so, a full a charge on a similar route should last for 117 miles.

"I bought a Giant E1 electric bike from you in May 2016. It revolutionised my MTB activities, as I have heart disease and was really struggling to keep up with my mates . I have now done 600km on the machine and enjoy the uphills as much as down now!

"I have not used it as much as I should have, but when I have it is fantastic. I took it to a paragliding event and let quite a few people have a go of it. I've never seen so many smiling faces and these were people in their 40s-50s. They also still give you a good workout without the pain." - Gary, Haibike Sduro Allmtn 27.5 2016

4. "I would recommend one to anybody."

"I bought a Haibike Sduro cross 4.0 2017. Riding an e-bike gave me the chance to approach hills that I wouldn't have been fit enough to get to the top of. It also gave a boost to my weekend adventures as I could go much farther away from my house and be confident I had a back up in case I was really tired in the ride back.

I would recommend an ebike to anybody. It puts your mind at ease if you are not a very expert cyclist or an extremely fit one." - Olga, Haibike Sduro cross 4.0 2017

Compared with my previous electric bike (Volt Pulse), it's incredibly light and can be ridden reasonably easily without power. Range is much less than on previous - perhaps a maximum of about 70 miles if you leave it on Eco and put lots of effort in yourself.

Assistance is delivered in a very satisfying way, in that it provides a proportion of what you give it; it doesn't do the work for you. The bike can be run via a phone app, which can log your rides, measure power etc, be tuned the way you want it, and be matched to your estimated length of ride.

The comfort is amazing. It has low, wide bars and I expected to have to adapt handlebar height. I didn't need to as it feels just right, especially helped by the drop seat post, which is great.

The fat tyres are also very effective. I was afraid they'd provide too much resistance but they are actually fine on tarmac, and great on mud or sand.

See our electric bikes by Specialized

"I purchased my Ridgeback Electron Plus e-bike about a month ago.  To me the main attraction was that it was a 'step through' model which made it much easier to get aboard the machine.  In my mid 80's I was finding it difficult to get my leg over the saddle of my Specialised Expedition model which I used for getting around the village but not attempting
the steep hill out of the village. With the Ridgeback I have no problem with the hill and the disc brakes do a great job when coming down the hill." - Geoff, Ridgeback Electron Plus7.

7. "It gives me a freedom I would not otherwise have."

"I live NW Sheffield on the edge of the hilly peak district I also have two hernias and hills and hernias are not best buddies. But with my Whyte Coniston I can go where no hernias have gone before!

It gives me a freedom I would not otherwise have." - Mark, Whyte Coniston 2017

8. "It lets me cover a greater range over rough terrain in one ride."

"The bike I had purchased was a Haibike Xduro Hard Seven RC 27.5, a 2016 model. I bought this type of bike specifically for use on trails on the Pentlands & Glentress, along with some use on the Water of Leith cycleways etc.

I wanted a fairly good specification hardtail mountain bike coupled with the high output Bosch electric motor & the larger 500W battery pack in order to provide a fairly high level of assist when needed during steeper climbs on rough terrain, but with the ease of control to reduce power assist levels on the go in order to conserve battery range. The bike is really enjoyable to ride & allows me to cover a greater range over fairly rough terrain in one ride as opposed to a more limited ride I would undertake on my non electric mountain bike. Like any battery powered unit you have to ride and control the assist levels effectively in order to extract the maximum range from the battery pack." - Bill, Haibike Xduro HardSeven RC 27.5 2016

9. "I couldn't believe the acceleration and the smooth changing of gears"

"I bought the Kalkhoff Agattu 2017 e-bike for my wife and I was very impressed when I took it for a ride. It was so easy to ride and I’m very tall at 2 meters with long legs. I could not believe the acceleration and the smooth changing of gears. Great bike and well built. This would have been a great bike to use when I used to commute. I can see this as the way forward in cycling and if we could get our local governments to help by creating dedicated cycle lanes we could make a great impact to the environment and to the health of the people living in Scotland." – David, Kalkhoff Agattu 2017

10. "I don't feel guilty about having two electric bikes."

"After a few months with the Coniston, I found myself hankering after something more. If an e-bike could transform my commute, what, I wondered, would one be like off road? Although the Coniston could deal with light trail use, mine is fitted out for daily commuting with mudguards and a rack, so off-road was out of the question. So it was down to the EBC January sale and I became the proud owner of a Haibike Xduro Hardseven. It has a huge grin factor and it’s so different to the Coniston in terms of how it feels and what it can do that I don’t feel at all guilty about having them both." - Nick, Whyte Coniston and Haibike Xduro Hardseven. Read Nick's full review.

Nick owns not one, but two electric bikes: The Haibike Xduro HardSeven, left, and the Whyte Coniston, right. 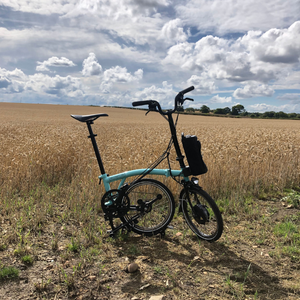 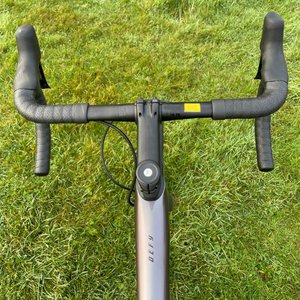