Friend of the coop, Ben Smith, has been on another mountain biking adventure! Here he’ll go through part two of his trip but you might want to read part one first.

Having loved riding the Ranger Path a couple of days ago I’m eager to revisit Snowdon but this time I decide to check out the Llanberis Path which approaches the summit from the North.

As I drive in a North-Westerly direction towards Llanberis I’m treated to a dramatic indication of the size of the task ahead, something not apparent when starting from the more unassuming Ranger Path.  The road descends for a considerable time between ominous looking crags and even to cycle back up this road would be a considerable undertaking, never mind getting up the mountain itself.

On arriving in Llanberis, my heart sinks at the sight of hundreds of tourists, worlds apart from  the pleasant solitude of the Ranger Path.  However, I needn’t have worried as it turns out the vast majority are either waiting for the train up or have just arrived back from their own trip to the top.

To reach the beginning of the path there is a section of incredibly steep tarmac and despite the smooth surface I’m already off and pushing (something I’m sure my younger self would have scoffed at!) but once off-road the climb remains comfortably ridable for some time.  The mixture of encouraging and incredulous comments from walkers on their way down does my ego no harm and for a brief period I even manage to keep up with the train that noisily drags its way up beside me.  However, the real climbing eventually starts and as the gradient steepens even the train seems like it’s struggling despite steadily pulling away from me.

The Llanberis Path has a very different feel to the Ranger Path I visited previously.  Behind me I can see the Isle of Man and the sense of space and rock formations are hugely impressive.  As the uphill struggle continues the train passes me again only this time it’s on its way back down.

I mentioned changeable conditions in my last blog entry and I certainly got a taste of that again!  Towards the upper half of the climb I become completely shrouded in cloud and my visibility range shrinks from over a hundred miles to around fifteen metres in a matter of seconds.

It suddenly occurs to me that with the exception of the few people behind me on their way down, I am likely to be the only person on the top half of the mountain now.  This fact coupled with the low visibility really starts to get the blood pumping.

Fatigue increasingly starts to become a factor, this path being longer than the Ranger, and once again the final few yards feels absolutely brutal although the usual adrenalin rush gives me the necessary strength to complete the task at hand.

When I reach the top I realise I was right – I have the whole place to myself.  Over 1,000 metres up and I can only see about 15 metres in front of me.  A truly surreal and unforgettable experience.   I am torn between staying up as long as possible and knowing that I have to get down before dark.  By global standards Snowdon is not a big mountain but in these conditions it is certainly large enough to inspire the kind of feelings associated with the world’s more daunting peaks – fatigue, adrenalin, fear, solitude, elation.  I think being on the bike certainly adds to the experience: harder to get up, more exciting on the way down!

So after as much time at the summit as I feel I can allow myself it’s time for the pay off!  I start to carefully make my way down, acutely aware of the risk of falling off.  Any injury now would have potentially severe consequences although my new helmet makes me feel a little better about the situation.  The lack of visibility does not affect the ability to descend safely but the feeling of essentially cycling down into apparent nothingness is amazing.

As I reach the base of the cloud – wow!  All of a sudden I can see for over a hundred miles again, across the ocean and all around me the setting sun lights up the mountain sides and I am presented with an immensely steep gradient.  I can already smell my brake pads burning – maybe the heat dissipation effects of larger discs are not as great as I expected.  However, the increase in stopping power is significant and for this I am most grateful!

The Llanberis Path certainly offers a more continuous decent than the Ranger Path with its longer, straighter route and greater proportion of ridable terrain.  Much of the trail is technical enough to provide a real challenge without having to risk life and limb.

In addition to the cloud, an indication of the scale of the descent is that my ears pop on the way down, something I’ve never experienced before, and in just over an hour I make it to the bottom treating myself to some serious speed near the bottom.

On both occasions the round trip is about four and a half hours long – three hours up, half an hour at the top and a hour back down again. It’s a serious undertaking and I am glad of the new kit I invested in before the trip out here – it’s certainly not the kind of place I would want to find myself underprepared.  For future visits I imagine a dropper post would come in handy given the constantly varying terrain and given the workout my bike received, maybe it’s time for a shock service too.

There is a path that links the base of the Ranger Path with LLanberis so a loop taking in both paths is a possibility.  There is also the Rydd Ddu Path upon which I believe biking is also legal although I can’t vouch for its suitability. I’ll certainly be checking it out on my inevitable return though – this place is truly amazing! 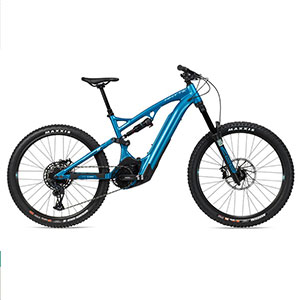 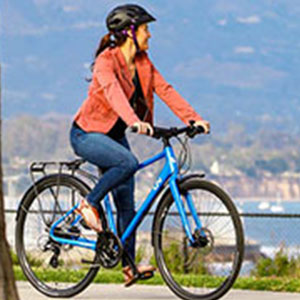 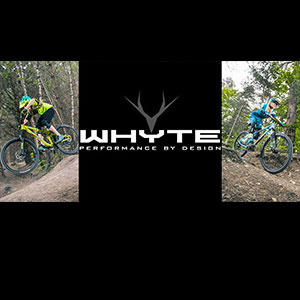