When electric bikes are mentioned, the word "cheating" often follows. But is that fair?

First off, lets clarify what exactly is an electric bike:

An electric bike is like a regular bicycle - particularly in the fact you have to pedal it if you want to go anywhere. However, an electric bike is fitted with an motor which will assist the rider while pedalling. The level of assist can be adjusted by the rider depending on how much 'help' they want or need.

Please note: e-bikes are not like electric scooters where you can just stand on it, press the button and go; electric bikes still need pedalled. Electric bikes are restricted to 15.5 mph in the UK but that's just how fast the motor can take you; pedal under your own steam and you can go as fast as you like. For more information on electric bikes, read Electric Bikes: Everything You Need To Know.

So are electric bikes cheating?

While yes, using an motor in your bike is definitely an advantage over those with no motors. But if you're not competing in the Tour de France, is it really cheating? After all, skiing is a form of exercise but using a chair lift to get up the slope wouldn't be considered cheating. Is mountain biking not similar? In some cases, like if you're mountain biking at Bike Park Wales, using an electric mountain bike could lead to getting more exercise as you don't need to queue (or pay) for the uplift. Instead of waiting for lift, you ride up the mountain and thus getting exercise on the way up as well as the way down.

Obviously using an electric bike means you don't have to work as hard, it certainly does't mean the rider is getting no exercise at all:

"Cycling is better for health than riding a pedal-assist electric bike, but e-bikes provide a better workout than walking. That’s the conclusion of a new systematic review published in the latest International Journal of Behavioural Nutrition and Physical Activity." - Forbes

Maybe we should call walkers 'cheating' for taking the easiest option instead of getting a better work out with an electric bike!!! Onto a more serious note though, we know that inactivity is a major problem in the UK (and indeed many countries around the world). Why discourage anyone from doing any form of exercise by labelling it cheating when in fact, it's actually just a slightly easier option.

Why do we think of electric bikes as cheating?

Could it be that our relationship with cycling is what needs adjusted? Back in the first half of the twentieth century cycling was the primary means of adult transportation. People cycled because that was the normal thing to do. Much like the car is today for so many. While cycling is gaining popularity again, it's the often the fit, mainly young, mainly male section of the population who use cycling as part of their fitness (even if it's an essential way to commute to work). Think how many cyclists track and compare their performance on apps like Strava. The ethos for many being that if you're not working hard, not getting sweaty and not getting faster, you're not doing it right.

However, looking back to when cycling was at it's peak, the exercise part of cycling was probably a by-product of the efficiency - in both time and cost - that cycling brought to anyone trying to get from A to B. And until the cycling infrastructure is improved to such an extent that it is always quicker and easier to cycle than it is to drive (or use other non-active transport options), there is no way that we should be considering any form of cycling as cheating.

Ultimately, if you're cycling to get some exercise, to get from A-B or for fun, how can anyone call it cheating? It's called life. It's called a hobby. It's called the best decision for you. Finally, if we want more people to reduce their car use, get active and to improve their health (both physical and mental), we need to embrace the electric bike. And we need to stop labelling it as cheating and start considering it as a technological advancement you can choose to or not to utilise, much like the electric toothbrush. 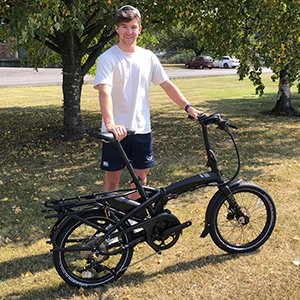 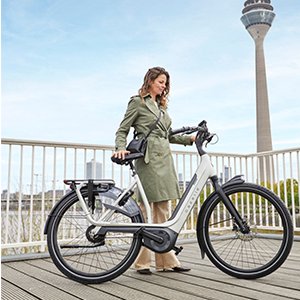 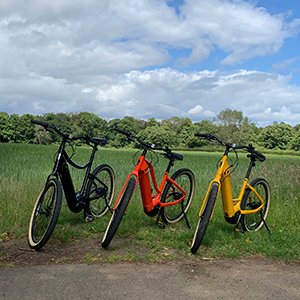